GV Athletics was founded by Jay Hamill and myself, Jesse Duran, in late 2012.  During our own up and down battle with weight loss we found CrossFit. What was once us just trying to get a workout in after work evolved into training at Jay’s garage, then eventually opening GV Athletics.

We have seen both sides of the fitness spectrum. From being unfit and not being able to do a pull up or barely running a 400m without stopping, to now understanding and being proficient in complex gymnastics and weightlifting movements while gaining strength and improving conditioning. We truly care about our members which is why we are so close to our community. 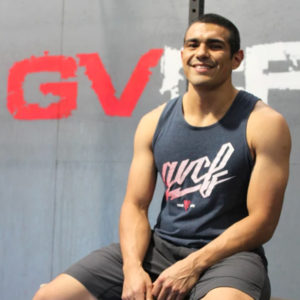 I’m currently training as a CrossFit competitive athlete, but I never forget where I began – an overweight 22 year old who would have gotten whooped by a Grandma in group class. I’m married to my wife, Trischa, and have two daughters who are definitely a handful, Maribel and Mya. I enjoy training, hanging out with my family, skateboarding, graffiti and anything art related.

My story as a CrossFit gym owner is probably much different compared to others. I never played college sports or even high school sports. I was too busy skateboarding and getting myself in trouble. I was always active but never really thought of myself as competitive. My journey into CrossFit started after a 4 year enlistment in the US Air Force. I found myself at the heaviest I had been in my entire life and lacked motivation to get in shape. I was friends with Jay and one day he dragged me to the gym with him; I went and got hooked. I lost over 60 pounds in about a 3 month period! During our time at the gym, we were introduced to CrossFit. After that, we began training at Jay’s garage and hit CrossFit-style training.

In late 2012, we decided to get CrossFit Level 1 certified and had a goal to open up our own gym. I took a chance, quit my job, and dove headfirst into running an affiliate. I love the competitive side of CrossFit but understand the need for simple, general physical preparedness. This along with good nutrition is all most people really need. Since beginning my journey into fitness, I have learned and gained so much knowledge it’s crazy to think where I started. 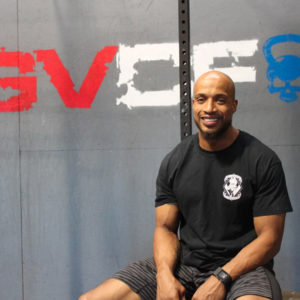 I have always had a fitness lifestyle from a young age in life. From being very active playing youth sports like baseball, soccer, track, and football, I found myself with the urge to compete. Joining the military at 20 years old to serve my country, I found my weight spiraling out of control. After eight years of being in the service, I exited the military at 300 pounds.

Searching to find my love for fitness and training, I decided to coach and train CrossFit out of my garage. In my training process I lost a total of 105 pounds. In January of 2013, I opened Jay’s gym out of my house and by December 2013 we opened GV CrossFit.

I’ve always had a passion for helping people as a CrossFit coach and owning my own affiliate has given me a new opportunity to not only to help sick and unhealthy people, but also to help the prevention of diseases in our elderly. I want to help everyone in our community establish good habits through fitness and nutrition and to reach their FULL potential inside and outside of the box. That is our mission. GV CrossFit looks forward to helping you in whatever fitness and nutrition goals you may have. 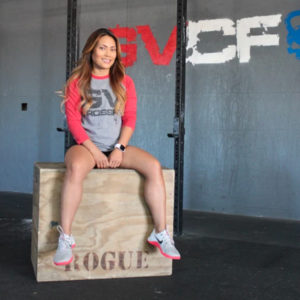 Prior to CrossFit, I had a career in Corporate Real Estate. It was a great job, but involved lots of stress and time away from my family. Even though I did well, it was not fulfilling. So I decided to start a new journey in becoming a CrossFit Coach. Best decision ever! I love coaching – it’s brought me so many good experiences and most of all some awesome friends. 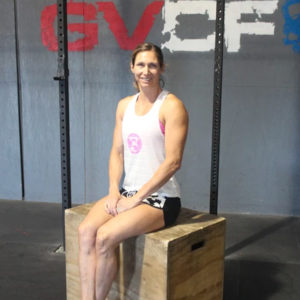 Tara has been active in CrossFit for more than 10 years – she has also had 4 children during that time. She attributes her healthy pregnancies and feeling great post-delivery to CrossFit. Tara has been certified in personal training for a decade as well. As an Aerospace Physiology officer in the Air Force, Tara worked with aircrew members to optimize their performance, both inside and outside the aircraft.

In 2013, Tara and her husband Brent competed on the Reebok CrossFit Asia affiliate team that qualified for and went to the CrossFit Games. She also received her CrossFit Level 1 Trainer certification in 2013. Shortly thereafter, her family moved to Sahuarita, AZ and joined the GV CrossFit community.

Tara juggles the demanding responsibility of raising four young children while training competitively and coaching. She has represented the gym in over 20 competitions, both locally and nationwide. She and Jesse consecutively held the team title of Rush Club Champions three times. Most recently, Tara finished 66th worldwide in the women’s age 35-39 2017 CrossFit Open and women’s top 50 in the Southwest Region in the 2017 CrossFit Open. 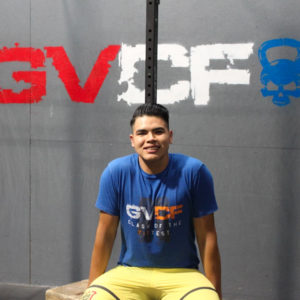 My older brother introduced me to CrossFit four years ago, and I was instantly hooked. Since then I’ve met and made so many new friends in my box and within the community. I found a passion for competing and coaching, so after high school I got my Level 1 Certification and have been coaching since then. I enjoy helping change other people’s lives the same way CrossFit and my coaches did for me. 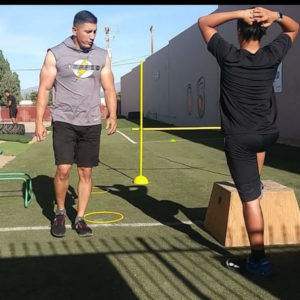 I often get asked what i do. I respond by saying “I help athletes run faster, with a smile! I love what i do and i take pride in helping develop athletes to take their game to the next level. I enjoy lifting, hiking, traveling, competing in paintball, and spending time with my two amazing boys and family. I strongly believe everyone should find balance in life with work, health and fun.

Join Us. Get Results.

Get started with GV CrossFit. We’re here to help you see results.